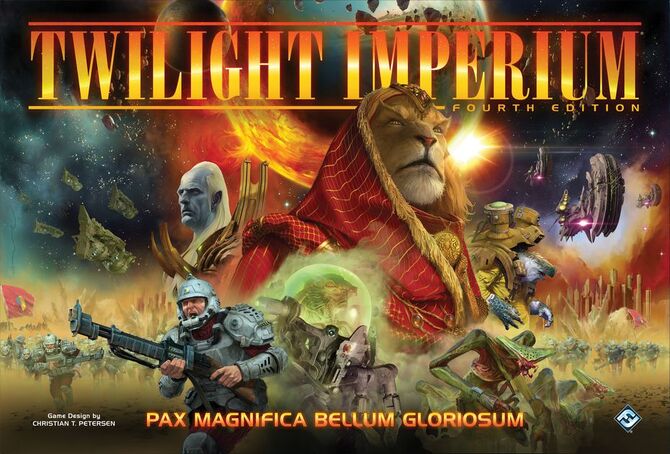 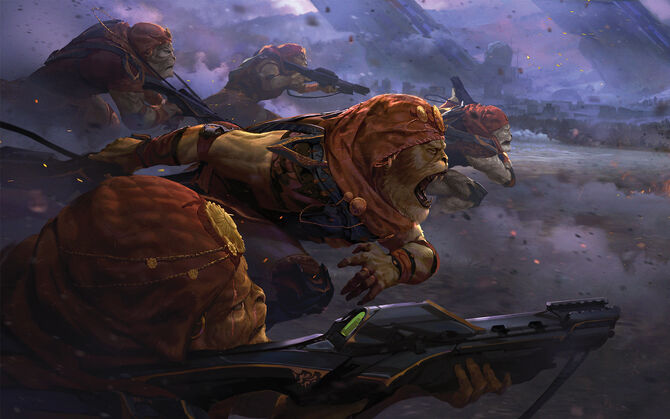 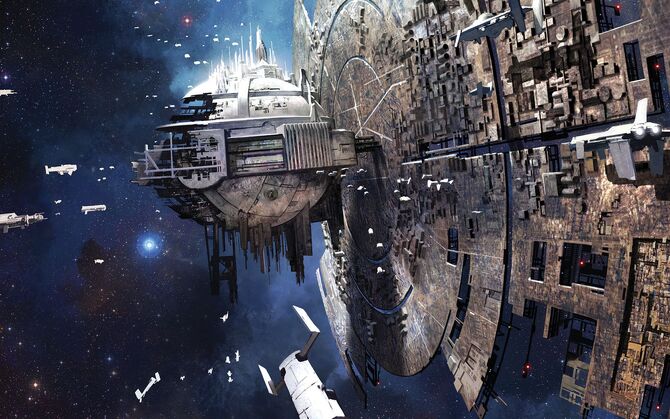 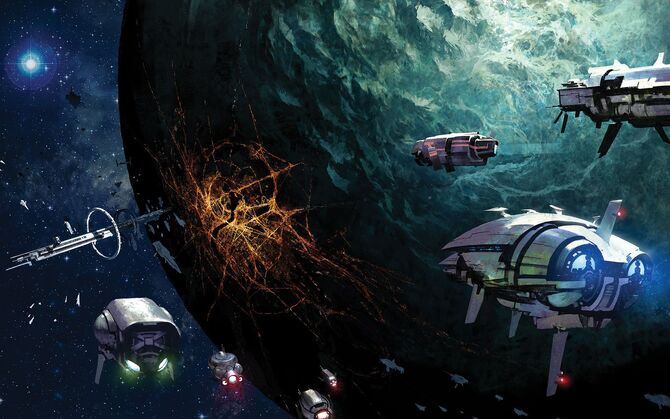 "The Twilight Wars continued for centuries, but no race was powerful enough to seize the throne and risk suffering a similar fate as the Emperor. Slowly, the strength of great civilizations failed as their economies crumbled and as knowledge and technology was lost in the destruction and strain of long war.

And so the Age of Twilight ended in a slow whisper. The time that followed, now known as the Dark Years, was a period of economic, cultural, and intellectual collapse. The Great Races retreated into their own small, safe areas of space, abandoning what they could no longer hold by force. After several millennia, the Dark Years came to an end, and a calm but uncertain period of rebuilding began.

As I write this, the Great Races of the galaxy have regained elements of their former strength. Here on Mecatol Rex, the Galactic Council is growing in influence once more, while civilizations new and old, are re-colonizing the neighboring systems abandoned during the Dark Years.

The day will soon come when a new Empire will rise. For the sake of all, may the new Emperor have not only the power to seize the throne, but the strength to conquer the peace. If not, I fear that a sea of desolation will drown us all."

Twilight Imperium is a strategy board game of galactic conquest in which players take control of one of several factions striving for control of the galaxy through military might, political maneuvering or economic bargaining.

First released in 1997, the game is currently in its Fourth Edition, with 24 unique playable factions. From the wormhole-hopping Ghosts of Creuss to the Emirates of Hacan, masters of trade and economics, each faction offers many paths to victory, but only one may sit upon the throne of Mecatol Rex as the new masters of the galaxy.

Prophecy of Kings is the official expansion for Twilight Imperium Fourth edition, which released in November 2020

It increases the player count to 8, the number of factions to 24 and greatly increases the amount of technology, action cards, promissory notes, objectives and systems available in the base game.

The purpose of all content on this Wiki is to act as a guide for new players wishing to delve into the game play and lore of the Twilight Imperium Franchise and to serve as a Museum of sorts, immortalizing a historical era of board games.

This wiki does not condone the use of its information for any other purposes. It may not be used to produce and/or sell components of any part of the games.

Community content is available under CC-BY-SA unless otherwise noted.
Advertisement